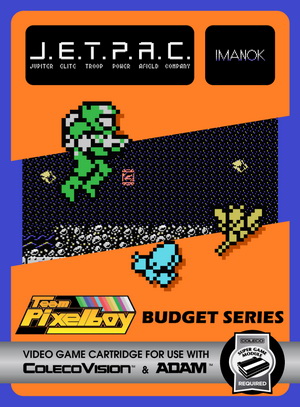 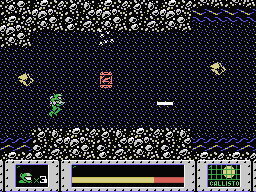 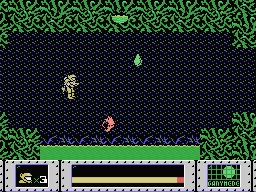 After mankind exhausted its energy resources, and after high-energy minerals were found on the moons of Jupiter, automated Drilleroids were built and sent to these moons to mine the minerals. However, unexpected native lifeforms attacked and damaged the Drilleroids, and a team of space technicians code-named J.E.T.P.A.C. (Jupiter Elite Troop Power Afield Company) was dispatched to repair them. After the team's spaceship was damaged beyond repair by an asteroid impact, a desperate plan was elaborated: The team needs to retrieve the power cells from the Drilleroids in order to use them as an alternate power source for their spaceship. They must therefore pilot their Jet-packs down into the dangerous tunnels of each moon and disable each Drilleroid before the power cell can be retrieved. Help them on their mission!

This game is part of the Team Pixelboy Budget Series.