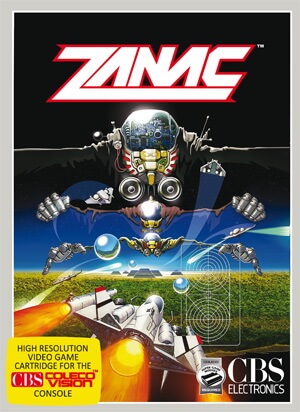 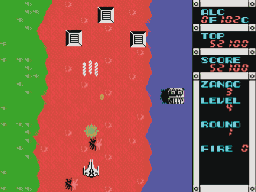 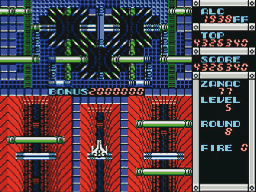 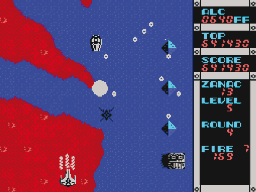 Millennia ago, an unknown alien race created a tiny device known as the "System" containing boundless wisdom and knowledge, but also vast destructive potential. If properly opened it would grant access to untold wisdom and technology, but if improperly accessed it would unleash almost unlimited destruction.

Mankind attempted to access the System and failed, and the System began to spread out from the tiny Icon that contained it. Spreading throughout known space conquering and destroying all in sight, it posed a mortal danger to all life.

Mankind discovered how to properly access the knowledge and technology within the System, but could not shut its destructive expansion down because of its vast tactical systems.

AFX-6502 "Zanac", the most advanced starfighter ever produced, is launched on a desperate mission to fight its way to the heart of the System and shut it down forever.